The slogan “Jai Bhim-Jai Meem”, coined by certain political forces in the country seems to have fallen flat. Muslim appellants at the Supreme Court specifically expressed strong reservations over Karnataka High Court referring to BR Ambedkar’s opinion on Hijab while upholding the ban on Hijab in education institutions.

Colin Gonsalves, the advocate for the Muslim side, who is contesting the Karnataka HC judgement, informed the Supreme Court on Thursday that High Court’s judgement over Hijab was offensive.

The Supreme Court bench reminded that the Karnataka High Court was only quoting Father of Constitution B.R. Ambedkar, upon which the advocate for the Muslim side repeated that BR Ambedkar’s remarks on the hijab were “very offensive” and “completely biased.”

The high court had referenced B.R. Ambedkar words in its final judgement while upholding the ban on hijab. The quoted extract were from the book by B.R. Ambedkar, titled ‘Pakistan or The Partition of India’.

In the tenth chapter and part one titled ‘Social Stagnation’ in book,  ‘Pakistan or The Partition of India’, B.R. Ambedkar writes about the plight of Muslim women due to the Purdah system.

Quoting from the book, “As a consequence of the purdah system a segregation of the Muslim women is brought about.”

B.R. Ambedkar had also written about the health problems faced by Muslim women due to Burkha, “They are usually victims to anemia, tuberculosis and pyorrhea. Their bodies are deformed, with their backs bent, bones protruded, hands and feet crooked. Ribs, joints and nearly all their bones ache. Heart palpitation is very often present in them. The result of this pelvic deformity is untimely death at the time of delivery.” 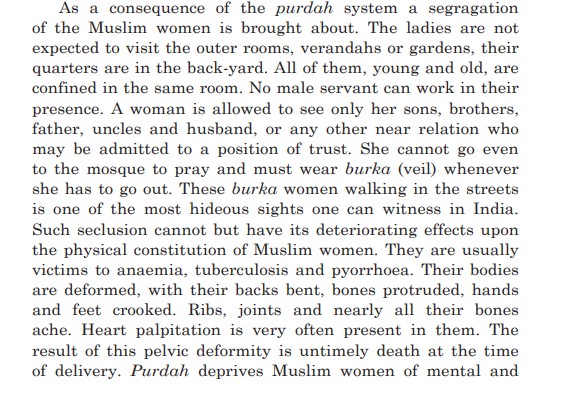 The slogan _Jai Bhim Jai Meem – coined by Majlis-e-Ittehadul Muslimeen(MIM) was aimed at attracting Dalit voters and create a new vote strata of Dalits and Muslims.

The unrealistic alliance had no basis but several opposition parties in India banked on strategy to woo the ‘two electorally advantageous communities’.

The cracks in the alliance were outright visible after BJP reclaimed the power — winning the Lok sabha elections in 2019. Many in social media were upset with a shift of a huge chunk of Dalit votes to the BJP and openly showed their discontent.

The recent stance by the Muslim party contesting Karnataka HC order in Supreme Court may be the final nail in the coffin of the supposed ever-lasting alliance.